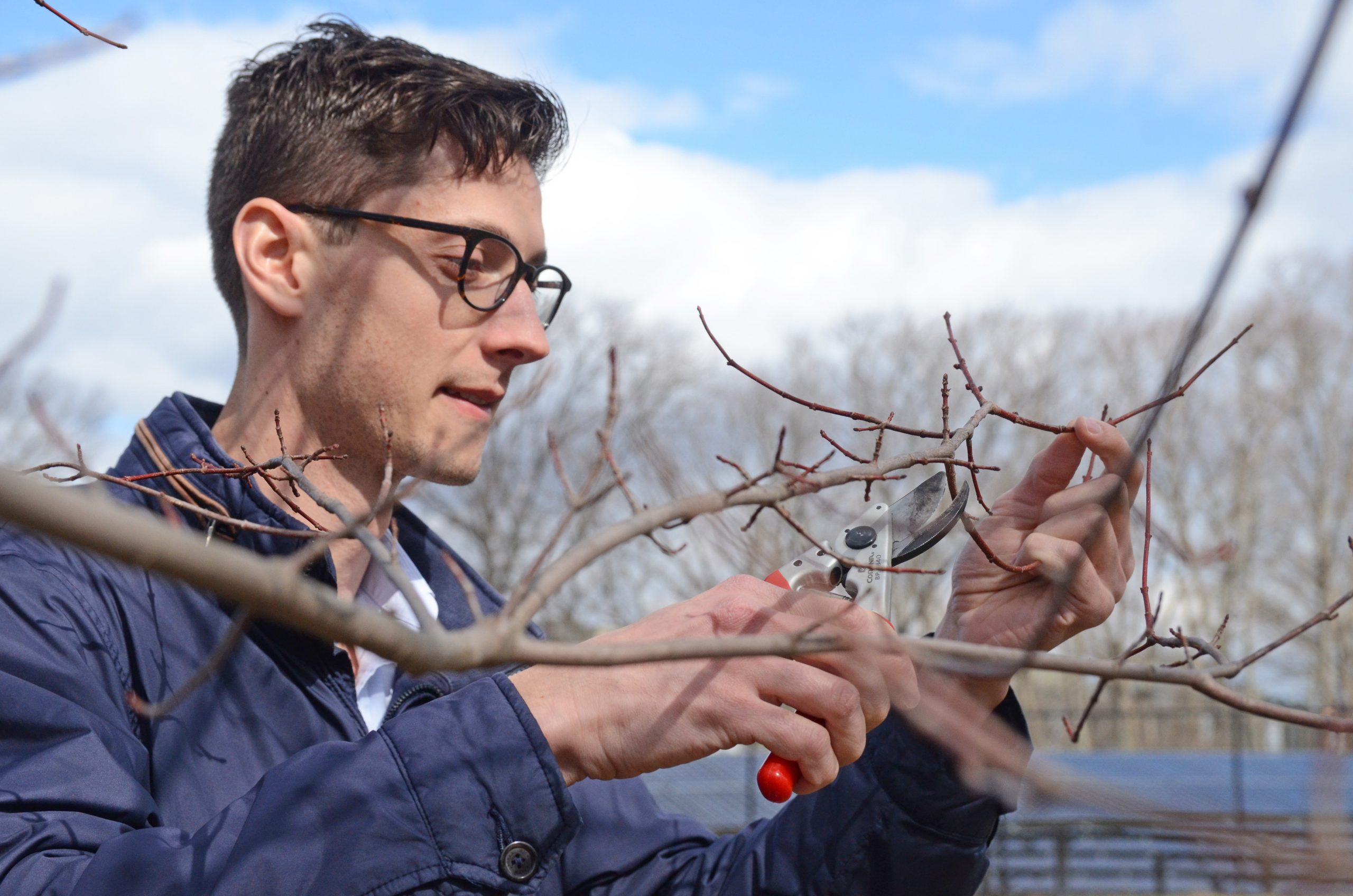 I am interested in off-season physiology of woody perennials. Plants have developed mechanisms to withstand low temperature stress in their tissues, all while managing to remain unresponsive to warm spells during the winter through dormancy. Although extremely important for plant survival, the control of dormancy in plants remains largely unknown, hindering our ability to predict outcomes of climate change in respect to winter and spring phenology. Using multiple grapevine species (Vitis spp.), I have shown that cold hardiness aspects respond to dormancy status, and also that timing of budbreak can be described by using cold hardiness kinetics. This research and implications are described in plain English in the Arnoldia article below.

As a Putnam Fellow, I will further this research using different taxa. This will be done by studying how different methods used by plants to resist cold are distributed, and how water relations are involved in the development of cold hardiness. Temperature responses will also be studied in two ways: (i) how the release from dormancy is affected by exposure to different low temperatures and how this is related to cold hardiness traits; and (ii) how warm temperatures promote loss of cold hardiness and budbreak. Altogether, these studies should allow us to better predict spring phenology for multiple species and environments by taking into account their dormant season phenology.